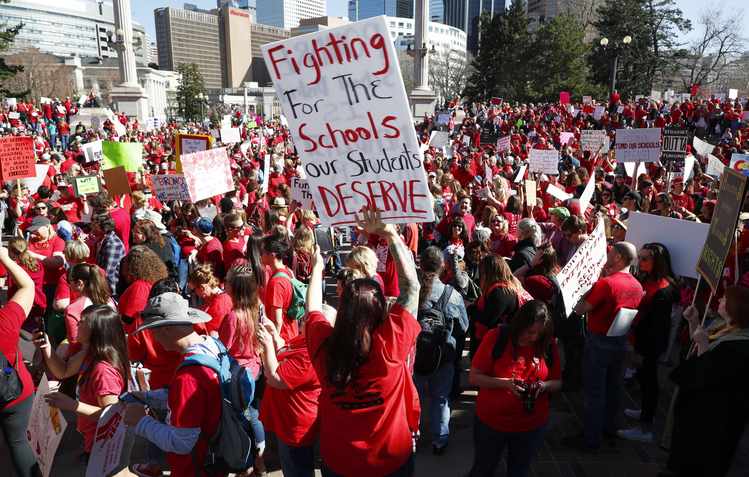 But Sowell and his supporters ignore some crucial evidence regarding charters’ weaknesses.

Opponents of charter schools have long argued that charter success is an illusion because charters’ performance stems from a selection effect. As education historian Diane Ravitch explains, charter schools consist only of “the most motivated students and their families.”

To Sowell’s credit, he does acknowledge the selection effect. He attempts to make an “apples-to-apples” comparison via scores on standardized English Language Arts and Mathematics tests in low-income minority areas in New York City where the “charter school classes and classes in traditional public schools are held in the same buildings, serving the same communities.”

The differences in test results he cites are indeed large. But the comparison is not apples-to-apples. Charters are schools of choice, and regardless of their locale or demographics, schools of choice enjoy an enormous advantage.

The superior performance of Los Angeles Unified School District magnet schools authenticates this. LAUSD’s 171 non-selective magnets are open to all, but students and their parents must be interested and motivated enough to apply.  The pro-charter web publisher LA School Report analyzed district data in 2017 and found that students at these magnets outpaced both overall California public school averages and charters.

The Law and Government Magnet at James Monroe High School in Los Angeles, where I teach, further illustrates this advantage. Our magnet accepts all who apply, and both our magnet and the regular (“residential”) program are well over 90% Latino. Yet our magnet students outperform students from the residential school in practically all areas, including standardized tests, participation in extracurricular activities, and college admissions and scholarships.

There are problems with direct comparisons between any types of schools, and magnets are no exception. Yet pro-charter ideologues often deal with the threat these publicly managed schools’ success poses to their arguments for charter superiority by ignoring them. This is despite the fact that magnets have been around for 55 years and educate a similar number of students nationwide as charters do.

Tellingly, the word “magnet” appears only once in “Charter Schools and Their Enemies,” and it’s a passing reference. In September, Assistant Secretary of Education Scott Stump visited the highly rated University High School, a magnet school in Tucson, Ariz., and mistakenly identified it as a charter. Even when corrected at a post-visit news conference, he insisted, “University High School is a charter school.”

Whether applying to a magnet or a charter, pursuit of a school of choice is powerful evidence of a student’s and family’s commitment to education. Parents understand how important this selection effect is — a recent study of New York City’s public high school system found parents were more concerned about the quality of a school’s students than the quality of the school itself.

Longtime charter advocate David Osborne acknowledges this. “Families have to choose charter schools, so kids with disengaged families are more likely to remain in district schools,” he has written. “This gives charters an advantage.”

“There’s a level of institutional hypocrisy here,” he wrote. “Charter advocates say, ‘No, no, no, we don’t believe in (selective admissions),’ but when you see a successful charter school, it’s filled with families who are a good fit and who want to be there, and that’s not possible when you have a random assortment of kids.”

There is also a darker side to charters’ test scores that Sowell ignores. According to Gordon Lafer, Ph.D., of the University of Oregon, who conducted an extensive study of charter schools, charters also benefit because they “exercise recruitment, admission, and expulsion policies that often screen out the students who would be the neediest and most expensive to serve — who then turn to district schools.”

The most challenging students are often left for traditional public schools to educate. A study cited by Ravitch shows that “while 11 percent of students in the nation have disabilities, charters school enroll only eight percent.” Sowell dismisses this as a difference of “three percentage points,” and numerous charter supporters have echoed him. Actually, this data shows that public schools accept 38% more students with disabilities than charters.

Lafer found that while 28% of students in Oakland, Calif., go to charters, only 19% of its special needs students, 8% of its autistic students, and 2% of its students with multiple disabilities attend charters. The more troubled the students, the less likely they’ll be in a charter school. Similarly, according to the National Center for Education Statistics, traditional public schools have 73% more English Language Learners than charters do. Moreover, charters are even less likely to have the lowest level ELL students.

As prominent charter supporter Robin Lake acknowledges, “In some cities, districts also face an increasing concentration of the students hardest and most costly to educate, those with severe special needs, those who speak little to no English, those with the most severe behavior and mental health challenges and the least parental support.”

University of Colorado education professor Kevin Welner, director of the National Education Policy Center, explains, “The greatest determinants of [a school’s] success are the raw materials – the students who enroll.” Welner identified a dozen methods charters use to get the “raw material” they want – and avoid or discard what they don’t.

One method Welner identified is that charters push parents of struggling students to remove their children from charter schools. Repeated meetings between parents, administrators, and teachers are often enough for parents to get the hint. If not, they are often told that if the student stays, he will be held back or will have to go elsewhere to graduate on time. Welner notes that grade retention is deployed “extensively” at KIPP charter network — one of the institutions Sowell celebrates and uses as the centerpiece of his book.

While Sowell’s comparison of NYC charter and public school students demonstrates little, he does have a somewhat better argument, which, curiously, he does not make until three-fourths of the way through the book. Perhaps he considered it more important to put the long chapters bashing teachers unions first. Sowell writes:

“A survey of empirical studies in various cities indicates that students who are motivated to enter lotteries for admission to charter schools — but who did not win in these lotteries — did not subsequently do as well in the traditional public schools as those who happened to be lucky enough to win and enter charter schools.”

Sowell provides several examples of studies confirming this, and writes, “charter schools do make a difference and it is not just a matter of who is motivated to enter the lottery.”

I appreciate Sowell’s attempt to find a way to analyze charters objectively and without the pervasive, all-consuming influence of the selection effect, but there are problems with Sowell’s point.

Students who win the charter lottery and are thus among the students at the charter, who are more advanced, will progress quicker than similar students who are placed back in the public school, who will be among less advanced students. The group accepted to the charter will face greater expectations, and the ones who can hack it will do better on standardized tests and in other areas. The ones accepted to the charter who can’t handle the greater academic rigor will be pushed out or drop out, and thus their lesser academic performance will not lower the charters’ test scores and other performance indices. By contrast, the group that did not win the admissions lottery and is back in the public school will have less expected of them. These students, as a whole, will not feel as challenged by nor as interested in school and will not perform as well.

Convinced that charters are superior and that teachers unions are the problem, Sowell seeks evidence of how unions hurt kids’ educational performance. He condemns the New York City teachers union contract as “a monument of micromanagement,” joining former NYC’s Chancellor of Public Schools Joel Klein’s lament that the “extraordinary document” runs “hundreds of pages, governing who can teach what and when, who can be assigned hall-monitor or lunchroom duty and who can’t…”

Actually, limits on “who can teach what and when” are crucial. At nonunion schools, teachers are often asked to teach subjects they know little or nothing about. A joke that circulated in nonunion schools where I taught illustrates this:

School is starting and a principal tells a teacher he needs someone to teach XYZ subject. The principal asks, “Did you ever study XYZ?”

The teacher is taken aback.

When a teacher is thrust into this type of situation, administrators tell us: “You only have to be one day ahead of your students.” That’s technically true, and we’ve all done it, but “one day ahead” teaching isn’t going to fire up a student’s imagination or spark lifelong interest in a subject. It takes several years for a teacher to master teaching a new curriculum. Mastery requires that many things come together — detailed subject knowledge, lesson plans, effective teaching methods and the selection of optimal exercises or readings for the course. Union contracts help ensure students get the benefit of this expertise.

Related to this are union contract limits on “preps” — the number of separate class subjects teachers must prepare for and teach. It is far more work and thus much less efficient to teach three or four separate subjects in five periods than it is to teach one or two.

Sowell’s dismissive attitude toward limits on “who can be assigned hall-monitor or lunchroom duty” betrays how removed he and many fellow critics are from what happens in schools. In nonunion schools, teachers are weighed down with numerous extraneous tasks which take time away from serving students.

“The first thing I noticed when I began teaching were all the obstacles,” Haydar Khan, who teaches at a nonunion high school in the South, said. “The chores and clerical work always interrupt focus and reflection, as well as collaboration with other teachers.”

Teachers unions protect us from this, thus protecting our ability to serve our students. Studies show that the lack of these protections is a major reason teacher turnover is so high at charter schools.

Sowell’s work is the latest iteration of one of the most successful public relations campaigns in modern history. In LAUSD, 80% of our students live at or below the poverty line; in New York City Department of Education schools, the figure is 73%. At my high school, the number of students who don’t qualify for the free lunches that impoverished children receive is so insignificant that the entire school gets free meals. Our inner cities have been devastated by deindustrialization, unemployment, poverty, crime, violence, drug abuse, and overall desperation. Yet when these monumental afflictions inevitably drag down children’s academic performance, instead of questioning why the wealthiest nation in the history of the world has such terrible problems, conservatives scapegoat teachers.

The solution to this shipwreck is not to create lifeboats for a few students, but to build a better vessel to serve all students. This is what teachers unions seek.