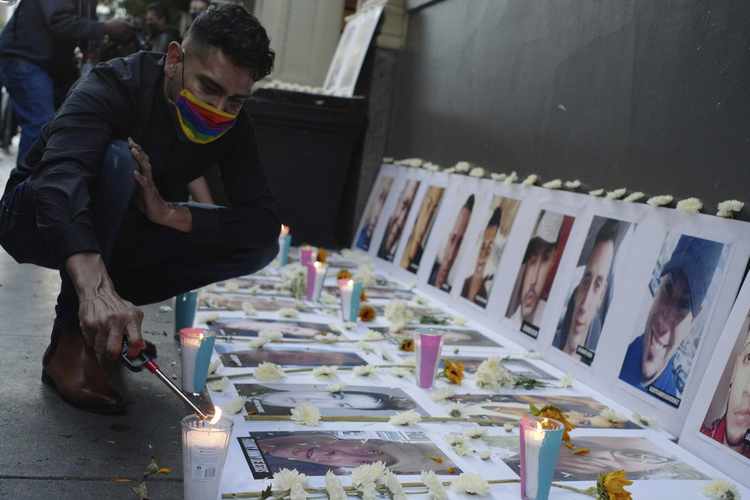 The push to disarm Americans, such as Pamela and Mark McCloskey of St. Louis, stems from the belief that disarming the public will make us safer. But those beliefs arise from myths perpetrated by the media.

The news media give people a very skewed view of guns and crime, and push policies that, paradoxically, endanger people’s lives. They do this not only by choosing what crimes to cover (or not cover), but also by the statistics and research that they choose to relay. After the New York Times recently fired its opinion page editor for publishing a conservative viewpoint, it isn’t surprising that news articles have become increasingly selective in what they choose to report.

Here are just five of the three dozen myths that I discuss in my new book, “Gun Control Myths.”

This claim is based on one study by Adam Lankford at the University of Alabama. Lankford asserted that the U.S. accounted for 31% of mass public shooters from 1966 to 2012, despite having less than 5% of the world population. But for over four years, he refused requests from both academics and media outlets, including Real Clear Politics, Fox News, and the Washington Post, to release his data. When he finally released his list of cases after I had published an academic paper going through the data, it was clear why he had waited so long. He had over-counted cases in the U.S. and missed thousands of others in the rest of the world.

The United States accounted for just 1% of the shooters — far less than its share of the world population. France, Switzerland, Russia, Finland, and Norway all have substantially higher per capita fatality rates than does the U.S. Indeed, France’s rate is 111% higher than ours. By far, the worst mass public shootings have occurred in Europe.

Americans may be surprised by these numbers, because they hear so little about mass shootings in other countries. The dozens of times in recent years that such shootings are stopped by concealed handgun permit holders is also ignored. Something else the news media won’t tell you: Since 1950, 94% of the mass public shootings have occurred in gun-free zones, places where citizens are banned from having guns.

One of media and gun control activists’ favorite claims is that gun ownership is declining (also here). Their go-to survey for this is the General Social Survey. It found that in the early 1970s, over 50% of American households reported owning guns. But by 2018, that was down to 34%.

Tom Smith, who directs the survey, felt that the large drop would “make it easier for politicians to do the right thing on guns.”

The GSS finding is an extreme outlier, however. If you look at the most recent surveys by Quinnipiac University, CNN, PEW, CBS/YouGov, NBC/Wall Street Journal, ABC News/Washington Post, Monmouth University, and Gallup, ownership estimates range from 40% to 46% of American households. These surveys found very similar percentages going back decades.

Still, these surveys probably underestimate the true ownership figure. As much as 9% of households refuse to answer if they own a gun. Even if just 40% of such households own guns, that would add another four percentage points to the totals.

In Illinois, where people are required to have a Firearm Owners Identification card to own a gun, the number of such licenses rose from 1.2 million to 2.3 million between 2005 and 2018. The GSS survey, by contrast, claims that household gun ownership in the state over that same period fell by 300,000.

It’s hard to believe that gun ownership has fallen. The number of concealed handgun permits has exploded, rising from 2.7 million permits in 1999 to 19 million in 2019.

But headlines about a supposed drop in gun ownership are probably intended to make gun owners feel isolated. In fact, having a gun is very much in the American mainstream.

Myth 3: Guns allow people to kill themselves much more easily.

Vox explains: “Perhaps the reason access to guns so strongly contributes to suicides is that guns are much deadlier than alternatives like cutting and poisons.”

But this gives a very misleading impression of the effectiveness of different suicide methods. A 1995 study looked at 4,117 suicide cases in Los Angeles County and found very high “success” rates for many methods. Taking cyanide, jumping from a height, being hit by a train, or hanging oneself had virtually the same likelihoods of success as a gunshot to the head or shotgun blast to the chest.

There are lots of effective ways for people to commit suicide, and that’s why suicides haven’t decreased when gun bans have been enacted.

After every mass public shooting, gun control advocates call for “universal” background checks that impose scrutiny on the private transfer of guns. But media outlets don’t ask these talking heads to point to one single example of an attack that such a law would have actually stopped.

At least in this century, there is not one single attack that would have been stopped if such a law had been in effect.

Actually, academics are very skeptical of gun control. The New York Times garnered attention with its 2017 surveys of academics, but it asked only 32 of them — and the vast majority were public health researchers, with only a few criminologists or economists. Many respondents had never done empirical research on gun control, let alone published a peer-reviewed paper on the subject.

With Arthur Berg at Harvard and Gary Mauser at Simon Frazer University, I recently completed the largest-ever survey of 120 academics who have published such research and found that academics were overall quite skeptical that gun control lowered murder rates or the frequency of mass public shootings. The differences across the three types of researchers is also very stark. While criminologists and economists think that getting rid of gun-free zones would stop mass public shootings and that “red flag” laws don’t help, public health researchers are divided on red flag laws and skeptical about getting rid of gun-free zones.

At a time when police are being defunded and ordered to stand down during riots, gun control advocates are pushing as hard as ever to restrict people’s right to defend themselves.

Especially in high crime, urban areas, minorities need to have a way of fighting back against crime. Gun control and restrictions on police are making black lives more vulnerable than they have been in many decades.